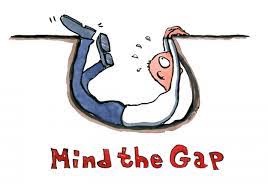 Let’s shine a bit of light on the constant attack of phonics being right wing. The chatter on twitter attacking phonics on the basis of it being a “right wing idea” is quite constant and downright ridiculous at times. The teacher unions and teachers in general are certainly left wing. I used to be one of those left wing teachers.

“All of the “research” in education carried out by the conservative think tank Centre for Independent Studies (CIS) is right wing rubbish.”

“It IS odd isn’t it. I have wondered about that too. Not about the veracity of phonics research but the right wing obsession.”

“WHAT is the *phonics* obsession with right-wing people in the teaching of literacy? I DO NOT UNDERSTAND.”

“Teachers in Australia are so fed up with being harangued by right-wing think tanks (and some politicians) about phonics.”

“About to start teaching 27 (!) middle primary kids, who’ve come through whole language classrooms. According to #1in5 maniacs, this means that 5 or 6 won’t be able to read. Or could that just be another dogshit talking point from synthetic #phonics spivs?

The “phonics is right wing myth” makes me quite angry for a number of reasons and not because it is just plain wrong.

Let’s get my political leanings out of the way first. This week saw the anniversary of my father’s death. On his coffin we placed a book on the The Australian Labor Party (ALP) to represent his undying love for politics, the ALP and his working class roots. Dad taught me about politics and to have my own strong opinion on matters. He taught us as children that we could express any point of view providing we based it on facts. He valued education and his generation was the first in the family to attend University. My grandfather made boots in a factory. As a big leftie he taught me to fight for those who couldn’t fight for themselves thus leading me into a path of volunteer advocacy. I joined the board of SPELD NSW in the wake of his death last year determined that I would continue his legacy.

I met my husband at a BBQ after we had been handing out How to vote leaflets for the ALP. My father in law died hammering in a ALP voting sign as an ALP elected member of the local council. He stood for federal parliament at one point as the ALP candidate. Many high up representatives of the ALP attended his funeral.

So call me right wing at your peril.

The accusation that the right wing must be interested in phonics due to financial interests needs to be examined for validity. This argument is absolutely ridiculous when you think about the enormous sums of money that are already being spent on PM readers, Reading Recovery, L3 and other commercial whole language and “balanced literacy’ programs and resources. It is also well established that excellent literacy instruction early reduces the the need for intervention and the amount of intervention thus saving money in the long term. Companies like Fountas and Pinnell have a lot to lose if schools move towards the use of phonics resources.

There are certainly many excellent commercial phonics programs available for teachers to use. But the reality is that any program is only as good as the expertise of the teacher implementing the program. I would like to see more teacher training in systematic, explicit systematic phonics so programs become less needed. Personally everything I do in the area of phonics is by a volunteer basis. I have no commercial interests in anything!

Personally I don’t care if The Five from Five project gets their funding from a right wing think tank. My father always respected anyone’s views and actions from any side of politics if it was the right thing to do. He taught me never to blindly follow anything or anyone unless the research and facts led me there independently. It’s a little offensive and certainly defamatory to accuse Jennifer Buckingham of twisting facts due to “financial interests”.

The current politics in Australia is beginning to take a bipartisan approach to phonics to some extent. The Liberal government has pushed for a phonics check nationally. This started somewhat with Christopher Pyne who at the time of being education minister listened intently to Dyslexia groups in Australia due to a family history of Dyslexia including his twin children. Implementation of the Phonics Check in South Australia was a commitment of the Liberal State government but it has bipartisan support with the Labor party having also being committed to introducing the check if they were elected. Most political parties are starting to listen to expert advice and the advocacy of Dyslexia groups.

I find it extremely odd that phonics and explicit teaching is seen as a right wing ideology as the evidence shows that excellent literacy instruction in early years goes a long way to closing the socio economic gap.

 One-to-one tutoring by qualified teachers is very effective for improving literacy outcomes, but this is an expensive strategy. Tutoring by teaching assistants and volunteers can produce positive outcomes if they are well trained and use structured phonics materials.

 Intervening immediately is most effective for primary reading, where preventative whole-class strategies are adopted first, followed by tutoring for the small number of pupils who still need it.

So where does Australia stand in terms of literacy if the status quo continues? “In the 2015 Program for International Student Assessment (PISA) Australia performed 12th in reading (down from 10th). There is a steady decline in the results since 2000, both in terms of overly simple international comparisons and absolute mean scores.” “the narrative of steady decline on PISA and TIMSS results continues, while educational inequality is on the rise.” https://www.abc.net.au/news/2016-12-07/pisa-australia-ranks-poorly-but-what-can-we-learn/8097546

Current Australian reading policy has seen an improvement in average reading scores in the PIRLS but at the expense of the very long tail. “Australia still has the second-largest proportion of children below the international intermediate benchmark for reading among English-speaking countries.” http://theconversation.com/international-study-shows-many-australian-children-are-still-struggling-with-reading-88646 For a full analysis of the PIRLS results see the article.

The UK has one of the highest Socio Economic Gaps of any OECD country and has a policy of synthetic phonics introduced by a right wing government. In contrast with Australia, England has closed the literacy gap achieving the best PIRLS results in a generation. This was the first PIRLS cohort to go through the Phonics check where the mandated synthetic phonics policy was more strongly implemented. England managed to drag up its long tail in literacy. “The socio-economic gap is relatively high in England, but many students also overcome disadvantage.” The average reading score of students in England was significantly higher than in PIRLS 2006 and 2011, and higher than the 2011 majority of other countries. The improvements were mainly among boys and lower-performing students.” https://www.nfer.ac.uk/media/2530/ilsa02.pdf

In PIRLS 2016, the gap between high and low-performers is still larger than in many other countries, but has been substantially reduced from previous PIRLS cycles. This has mainly been driven by large improvements in the performance of lower-performing pupils, as the 10th percentile score has increased by 15-points from 2011, whereas the 90th percentile score has only improved by 3-points from 2011.” https://assets.publishing.service.gov.uk/government/uploads/system/uploads/attachment_data/file/664562/PIRLS_2016_National_Report_for_England-_BRANDED.pdf

By spreading the myth that literacy is all about the influences of home environment we are undervaluing the ability of teachers to close the gap that children often bring with them to school. Teachers should set the highest standards and expectations of their pupils. Yes it is well established that some children are behind the day they walk into a classroom but that just means good evidenced based instruction is even more important.

“Research shows that pupils from low socioeconomic backgrounds are less likely to attend pre-school or to have a home environment incorporating literacy and language activities than their less disadvantaged peers. As a result, children from low socioeconomic backgrounds are less likely to enter school with the social and academic skills needed to set them up for success.” “The authors found that between one- and two-thirds of the variance between schools in terms of disadvantaged pupils’ achievement can be explained by school-level characteristics, suggesting that intake and circumstance are influential but do not totally determine outcomes.” http://www.beib.org.uk/category/achievement-gap/page/2/

The problems of low socio-economic gap is certainly multifaceted and has no easy solution. My friend used to teach at a school where there were so many issues it broke her heart. It was a school that used to make it onto the news on occasion for all the wrong reasons. In her classes the majority of kids had never seen a book before. She had refugees who had lost their parents in the Christmas Island boat tragedy. She had parents who were in jail, drug addicts and completely dysfunctional. Kids threw chairs across the room and beat each other with cricket bats.

She ensured those kids had the best possible education that they could receive with often little home support. She cared for them, nurtured them and read them lots of books. She also always had the highest expectations of them in terms of behaviour and achievement. She also taught them systematically and explicitly phonemic awareness, phonics, comprehension, vocabulary and fluency. She gave them a chance. I taught in a disadvantaged high school. Already life was mapped out for them. Stints in jail already, illiteracy and a continuing cycle of poverty.

Ensuring best practice in the classroom is just one aspect of many to ensure all children are given the best start in education. We need to leave ideology and political leanings at the door and examine the evidence. The science of reading is well established. Children of low socio economic status need good literacy because it may very well be the only chance they have of escaping the cycle of poverty.

Advocate for the introduction of the phonics check in Australia. Advocate for the teaching of evidence based literacy instruction for every child in every school. The explicit and systematic teaching of Phonemic Awareness, Phonics, Fluency, Vocabulary and Comprehension. Advocate for Dyslexia Awareness I support reputable organisations such as the Australian Dyslexia Association (ADA), Learning Difficulties Australia (LDA), the International Dyslexia Association (IDA), the FIVE from FIVE Project, and the International Foundation for Effective Reading Instruction (IFERI) AUSPELD and State-based SPELD organisations, as they all recommend the use of EVIDENCE-BASED TREATMENTS/PROGRAMS for learning difficulties. Mum to 2 delightful, amazing and creative kids. Mum to a kid with Dyslexia, Dysgraphia, Dyscalculia and anxiety. Admin of Dyslexia Support Australia Group, Dyslexia Awareness Australia and Dyscalculia Awareness Australia. Board of Directors SPELD NSW 10 Years a High School Teacher All my opinions are based not only on experience as a teacher, a mum and an administrator of Australia’s largest Dyslexia Support group but on research. I believe in the scientific method and the need for education to meet the same rigorous evidence based standards as the medical profession. View all posts by Dekker Delves into Dyslexia